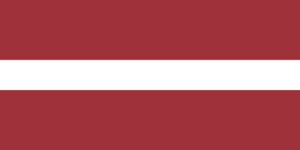 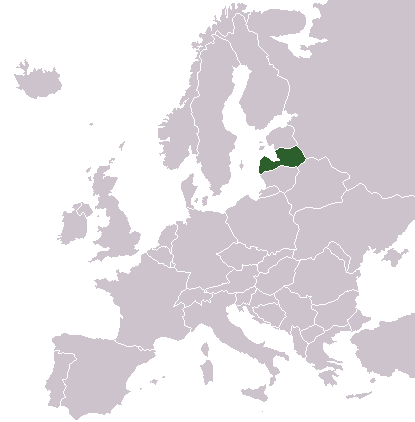 History
Riga
The Daïnas
Jurmala
Did you know?
You might also want to read
History

Up to the 20th century, Latvia had been dominated in succession by the Germans, the Poles, the Swedes and the Russians. Thanks to the German defeat in World War I, the country was finally freed from foreign domination. Latvia proclaimed its independence on November 18,1918, immediately after the end of the First World War. This independence, however, was short-lived, as the Soviet Union reintegrated the country by force.

Founded in 1201 on the banks of the Gaugava, not far from the coast, Riga is Latvia’s oldest town. It is also the largest city in the Baltic States and one of the largest maritime ports on the Baltic Sea. Often referred to as the “Pearl of the Baltic” or the “Paris of the North”, old Riga includes a large number of historical monuments, which are souvenirs of a turbulent past and of successive occupations. A maze of small streets around the Dome Cathedral provides an excellent opportunity for visitors to stroll and discover the town’s diverse architectural styles, ranging from Gothic to modern, not forgetting the Renaissance. Art Nouveau is also well represented in the city, with a large collection of very well preserved buildings. The town of Riga has been included on the UNESCO World Heritage List since 1997. Thanks to its many museums, its churches, its opera, its dramatic theatre, and its circus, Riga is a lively cultural center which attracts large numbers of tourists each year. At the same time, the town is also an important industrial hub, producing a vast and varied range of products, including the electrical goods, food products and telecommunications sectors. 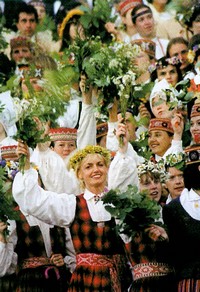 The Dainas are folksongs dating back more than 1000 years and taking the form of verses delivered in song form. They describe scenes from daily life such as childhood, youth, marriage, the birth of a child, work, or old age. Around a third of the Dainas cover the theme of marriage. The first attempt to gather together the various Latvian folksongs dates back to 1878 when Krisjanis Barons attempted a compilation. His collection came to six volumes, and included some 200 000 verses. Today, more than 1.2 million texts exist, which have been collected and catalogued by the Latvian folklore archives. The Dainas are today present as part of Latvian daily life. They are frequently sung during birthdays, marriages, or funerals, and are even taught at school in literature or music classes. Latvian folk groups also proudly safeguard and pass on this ancient popular tradition, accompanying their songs with bagpipes, harmonicas, violins, and drums.

Jurmala is a coastal and spa resort of approximately 60,000 inhabitants, located 25 km from Riga. It is famous for its mild climate and its superb white sandy beaches, covering some 30 km. A large number of spa establishments and rest homes welcome tourists each year, and the spa visitors are keen to take full advantage of the healthy air of the pine forests surrounding the town. Jurmala also offers tourists the healing virtues of its spa waters, which have been used by doctors to good effect since 1796. The charm of Jurmala lies in its traditional wooden architecture, including highly colourful houses decorated with wooden latticework. Many of these were built at the beginning of the 20th century by wealthy owners from Saint Petersburg, visiting Jurmala for vacation. Others are simpler buildings built by fishermen or artisans. The influence of the Jugendstil, with its floral patterns and curved styling, is very evident, as is the neo-Gothic style.

Did you know?
Vaira Vike-Freiberga 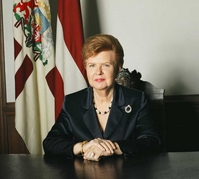 In 1999, Vaira Vike-Freiberga became the new President of Latvia. She is the first woman in Central and Eastern Europe to have been elected head of State.

Vaira Vike-Freiberga, former president of Latvia © Chancellery of the presidency of Latvia

The Russians and Latvia
Latvia is a very cosmopolitan country. The Latvians only make up 56% of the national population. Among the minorities, the Russians are the largest group, making up 30% of the population.
Marija Naumova 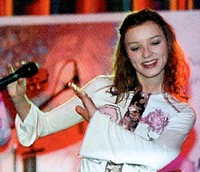 It was the Latvian singer Marija Naumova, (performing under the stage name Marie N), who won Eurovision 2002 with her song “I Wanna”.