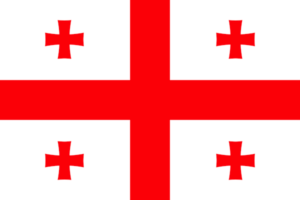 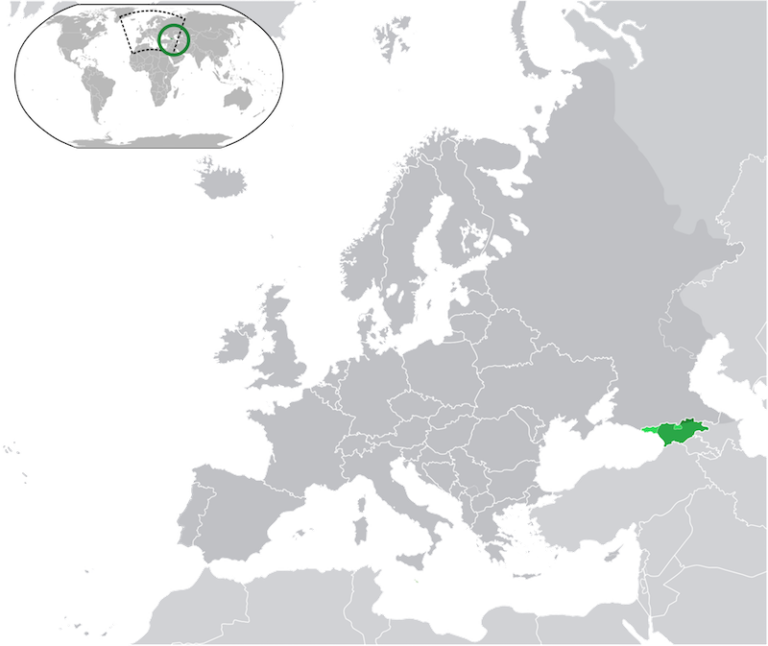 History
Batoumi
Georgian culture
Did you know?
You might also want to read
History 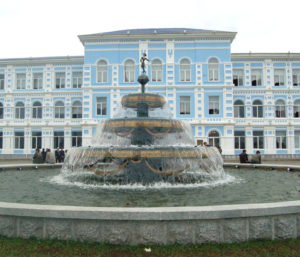 Georgia has a long history that spans 3,000 years. Inhabited since the Palaeolithic period, Georgia was divided into two regions between the sixth and the fourth centuries BC: Colchis to the west (western Georgia today), the mythical land of the Golden Fleece, and Iberia to the east (eastern Georgia). A strategic crossroads between East and West, Georgia was frequently invaded by enemy armies. It always knew how to keep its independence from the Arabs, Mongols and Turks, but could not resist colonisation by the Russian forces, whose invasion violated the Treaty of Guiorguievsk signed between Georgia and Russia in 1783. This treaty provided for a Russian military protectorate over Georgia, while ensuring the autonomy of the Georgian kingdom. In reality, however, Georgia was simply integrated into the Russian Empire. It regained its independence in 1918.
Photo: University of Batoumi © Georgian Parliament
Batoumi 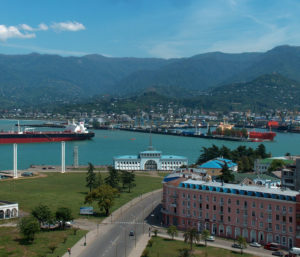 Batoumi is the pearl of the Black Sea, hidden beneath the Caucus Mountains, with a population of 130,000 people. Capital of the autonomous region of Adjarie, Batoumi is an extremely important harbour city. The Greek geographer Flavius Arian named the harbour “Bathus,” which in Greek means “deep.”
Although an important harbour on the Black Sea, Batoumi is also known for its tourism. Thanks to its beautiful beaches, which are surrounded by majestic mountains, Batoumi is able to attract thousands of tourists each year.
© Autonomous Government of Adjara
Georgian culture 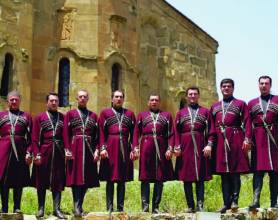 On May 18, 2001 UNESCO proclaimed the Georgian Polyphonic Singing as a Masterpiece of the Oral and Intangible Heritage of Humanity.
Polyphonic singing is a popular and secular tradition that plays a part in all the activities of daily life, from work songs, to songs of healing, to Christmas carols. The three types of Georgian polyphony are sung in three different regions. Georgian polyphony is astonishingly original and beautiful, with many different forms and genres. There are three types of polyphony: complex polyphony, very common in Svanetia; polyphonic dialogue over a bass background, prevalent in Kakheti in eastern Georgia; and contrasted polyphony with three partially improvised parts, found in the western part of the country. 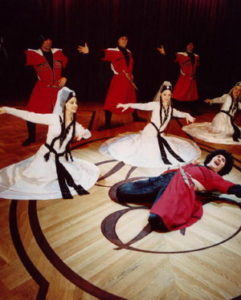 Georgian traditional dances are an ancient tradition. Although repeatedly invaded by the Persians, Mongols, Ottomans and Russians, Georgia has preserved its cultural identity. The rhythmic music for these dances is played with the dohol (doli), a two-skinned drum played with a stick and both hands.
Moreover, the multiple invasions helped to forge a unique musical culture, like the dance lezginka. Although shared by the peoples of the Caucasus, each country puts its own unique spin on the lezginka. This dance can be performed solo, in couples, or in groups. The men dance very fast, unlike the women, who almost appears to be floating above the ground, so that the couple will never touch.
It is likely that some of these dances have pagan roots. The festive aspect of Georgian culture has enabled the dancing tradition to be passed down over the centuries. Every occasion is an excuse to dance. 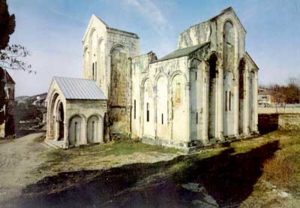 Since the 4th century, Georgian culture has been based on the Christian faith. The country has always resisted several invasions over the centuries, partially thanks to its architecture and fortifications. The ancient fortified churches are altogether unique, especially the Bagrati Cathedral, the Mtskheta Monument, and the Haut Svanétie Fortress, which can be found on the UNESCO World Heritage List.