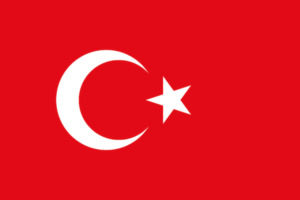 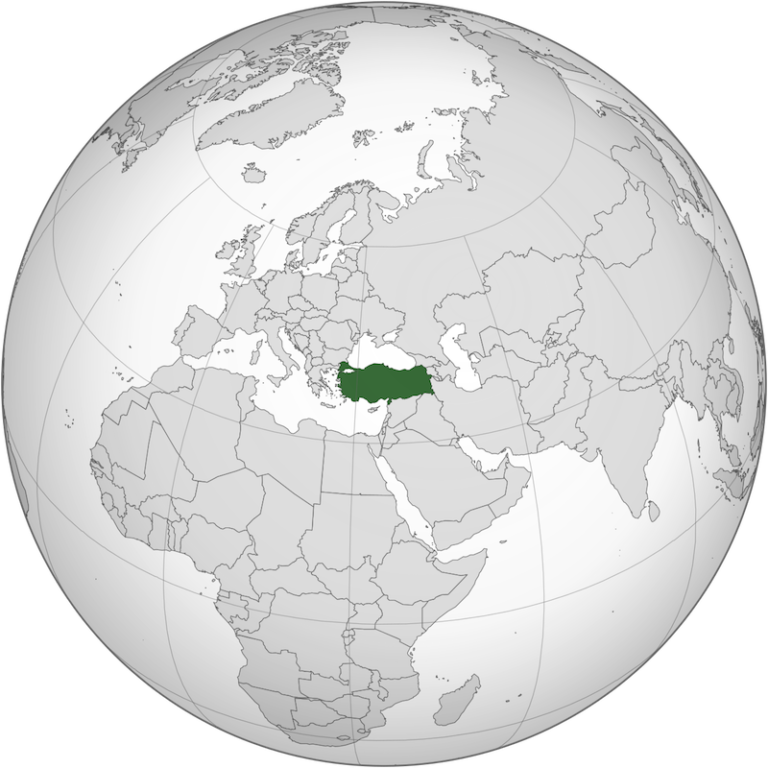 History
Istanbul
Ataturk
Cappadocia
Did you know?
You might also want to read
History 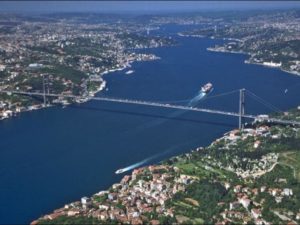 As the birthplace of several civilizations—the Assyrians, the Sumerians, the Hittites, the Greeks, and the Romans — Turkey’s cultural history is very rich. Founded at the beggining of the 14th century, the Ottoman Empire, authoritarian and archaic, faced a national movement similar to those throughout Europe. The First World War precipitated its downfall. As the Allies dismantled the fallen empire, nationalist Mustafa Kemal was preparing himself for the national independence. 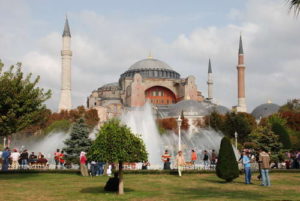 With one foot in Europe and the other in the Middle East, Istanbul is know for being the crossroad between the Occident and the Orient. Such heritage makes it an ancient city of prestige with its elaborate mosques, palaces, and castles.
As the capital of the former Byzantine Empire during the 14th and 15th centuries, Istanbul, at that time Constantinople, was the religious, intellectual, and commercial center for the Christian Orient. Taken by the Turks in 1453, Constantinople was renamed Istanbul and proclaimed the capital of the Ottoman Empire until 1923.
Throughout its history, Istanbul has developed a heritage rich in architecture, with architectural masterpieces such as the Golden Horn, the Hagia Sophia, the Blue Mosque, and the Topkapi Palace. Although Istanbul is no longer the capital, it still remains at the economic and cultural heart of Turkey. 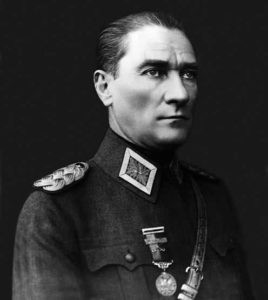 Born in Salonique in 1881, the future “father of the Turks,” Ataturk, claimed to be European. After a solid military education, Kemal participated in a movement against the sultan in 1908. During the First World War, Ataturk quickly became a national hero. In 1919 Kemal spearheaded a national revolt, which successfully overthrew the sultan; a provisionary government was later established in Ankara. In 1920, Mustafa Kemal was in complete opposition with the Treaty of Sevres, imposed by the Allied Powers, which dismantled the Ottoman Empire. Two year later in 1922, he fought against the Greeks, who attempted to seize Anatolia. Finally in 1923, the Treaty of Lausanne laid the foundation for a new state—the Republic of Turkey. National liberator, Mustafa Kemal became the founder and first president of the Republic. During his time as head of state, Ataturk transformed the nation into a secular and modern state, implementing legislation similar to the laws in Europe. Up to his death, the Republic was still somewhat authoritarian. Inspire by the French Revolution, Kemal favored national sovereignty, but refused to respond to the demands of the Kurds. 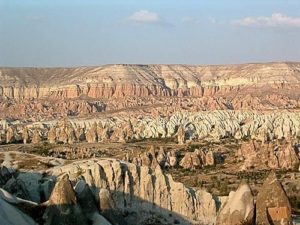 The area is a famous and popular tourist destination, for its unique geological, historic and cultural features. The Cappadocia region is largely underlain by sedimentary rocks formed in lakes and streams, and ignimbrite deposits erupted from ancient volcanoes approximately 9 to 3 million years ago (late Miocene to Pliocene epochs). The rocks of Cappadocia near Göreme eroded into hundreds of spectacular pillars and minaret-like forms. The volcanic deposits are soft rocks that the people of the villages at the heart of the Cappadocia Region carved out to form houses, churches, monasteries. Göreme became a monastic center between 300-1200 AD. First period settlement in Göreme reaches to the Roman period from Christianity. Yusuf Koç, Ortahane, Durmus Kadir and Bezirhane churches in Göreme, houses and churches carved into rocks till to Uzundere, Bağıldere and Zemi Valley carries the mystical side of history today. The Göreme Open Air Museum is the most visited site of the monastic communities in Cappadocia and is one of the most famous sites in central Turkey. It is a complex comprising more than 30 rock-carved churches and chapels containing some superb frescoes, dating from the 9th to the 11th centuries. 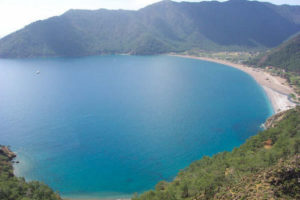 “Bachi-Bouzouk” the infamous insult of Captain Haddock is a Turkish word which means “vagrant.” The expression referred to rebel soldiers of late Ottoman Empire.

The tulip, which gets its name from its form which resembles that of a turban can be found growing wild throughout Turkey.

Picture: Beach near by Antalya
You might also want to read