The Centre d’Information sur les Institutions Européennes (CIIE) puts at Alsace-based organisations’ disposal different pedagogical kits. Borrowing such kits are free of charge. You only need to give us a 75-euro deposit or sign an agreement. The usual borrowing time is 15 days; it may be extended depending on the availability.
In the event of the game kit would not be given back on time or in poor condition, the CIIE is entitled to cash the deposit.
The borrower should come to the CIIE offices to collect the game kit and give it back. Sending back the game kit by post is not allowed.

Eurodéfi, a giant Game of the Goose about the EU and its Member States 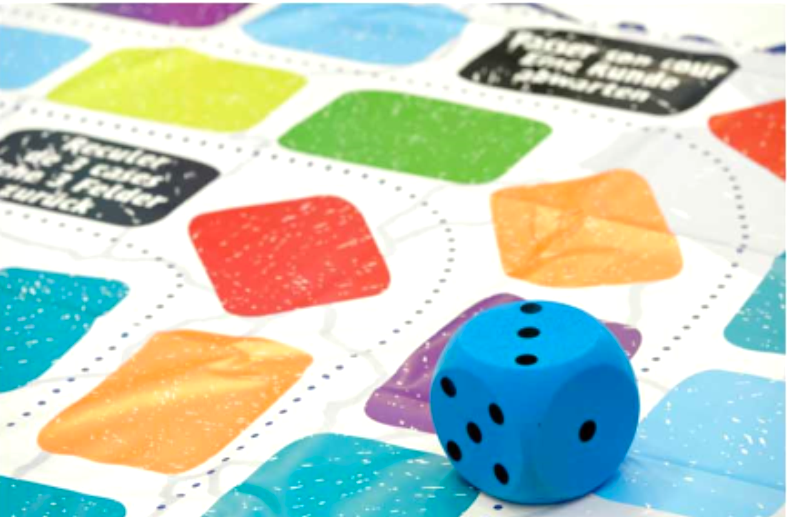 Discover the EU’s cultural diversity and have fun with the “Eurodéfi” game. Composed of a giant board game, a dice, pieces and more than 500 questions, this game allows pupils to deepen their knowledge about the EU and its Member States and have fun. Participants, divided into several teams, are going to answer different questions about history and geography, monuments, symbols, personalities, cultures, languages and gastronomy to win the game. This game is addressed to pupils in primary schools (first level of difficulty) and secondary schools (second level of difficulty). The game is played with 5 pupils per team. It may be borrowed in various languages: French, German, English, French-German and French-English. 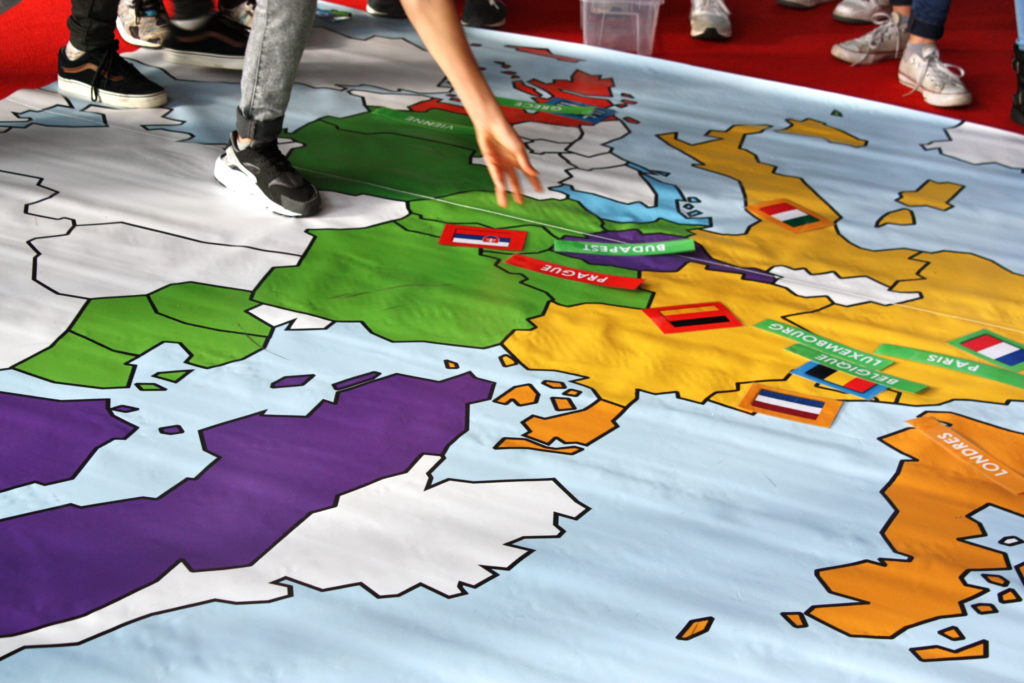 The game “Let’s explore Europe” is made of a blank EU map that participants need to complete with the name of EU Member States, capitals and flags. It may be possible to go on with currencies, EU enlargement dates and symbols of EU Member States. The participants are divided into five teams. The goal is to put each category’s signs correctly on the map.