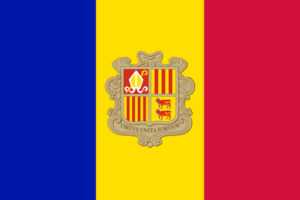 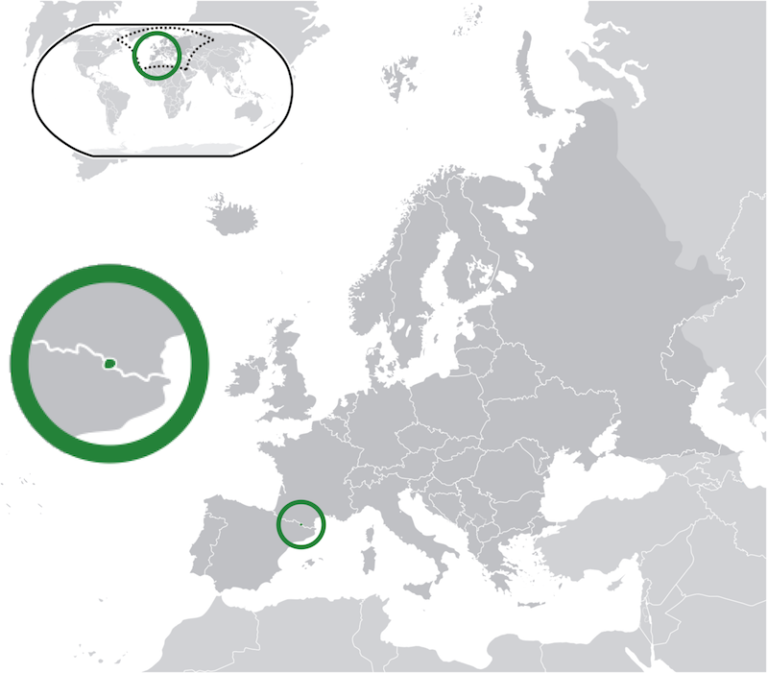 History
Andorre la Vella
A country of snow, a country of culture
Did you know ?
You might also want to read
History 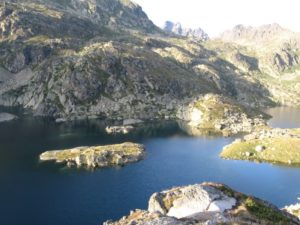 The first documented mention of Andorra dates back to 843, in a precept of the Emperor Charles le Chauve. The Andorran valley is situated in the Urgel region. The co-principality originated from the Paréages, signed during the 13th century between the Urgell bishop of Spain and the Count of Foix of France. In 16th century, the rights of the co-prince of the Count were transferred to the Crown of France.
Juclar Lake © CIA World Factbook
Andorre la Vella 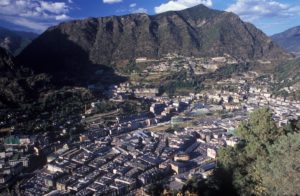 Andorra la Vella is the capital of Andorra, and is located high in the east Pyrénées, between France and Spain.
The principal industry is tourism, although the country also earns foreign income from being a tax-haven. Furniture and brandies are local products.
The city’s old town is characterized by old stone streets and houses. The central Església de Sant Esteve (Saint Stephen’s church) is part of the area that guidebooks often label as a picturesque part of the city. The church was built in a Romanesque style in the eleventh century. The old town also includes the country’s historic parliament building. Probably the oldest building in the city is another church, dating from the ninth century, the church of Santa Colomba.
The city is the country’s cultural center, with the Government Exhibition Hall acting as a main theatre and museum. The piazza outside the parliament building also hosts various events, and the town hosts a music festival every winter.

Picture : Andorra la Vella in summer © Permanent Representation of Andorra to the Council of Europe

A country of snow

Andorre provides the largest skiable area in the Pyrénées. Grandvalira and Vallnord host a skiable zone of 7,598 acres, 282 km of trails, 109 ski lifts and 1,384 snow canons. This equipment, in addition to Naturlandia, the Rabessa area, make Andorra the country of snow..
Soldeu-el-Tarter © Permanent Representation of Andorra to the Council of Europe

A country of culture 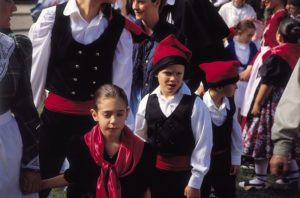 More than a thousand years of history underlie the architectural, cultural and popular heritage of Andorra. The Romanesque treasures hidden in the Principality bear witness to its origins and traditions. Here, art lives side-by-side with nature, traditional culture, and modern artistic events.
Andorra is also noteworthy for its many museums, such as the Motorcycle Museum in Canillo. This new facility pays homage to this form of transport, bringing together remarkable machines of all ages, from the beginning of the twentieth century to today. The Museum houses a dynamic collection which will be increased over the course of time.
At the Escaldes-Engordany Art Center, one can visit the museum of Romanesque Art Models, displaying 30 monuments on a reduced scale, and the Museum Viladomat, which hosts 250 works by the famous sculptor. The old Reig tobacco factory in Sant Julià de Lòria houses the Tobacco Museum. This is an outstanding display of the Andorran tobacco tradition, explaining the most closely-guarded secrets of tobacco manufacturing in the 20th century. 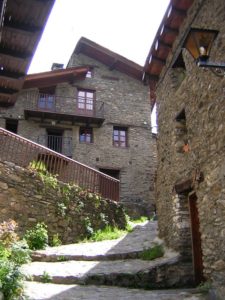 The cultural landscape of the Madriu-Perafita-Claror Valley offers a microcosmic perspective of the way people have harvested the resources of the high Pyrénées over millennia. Its dramatic glacial landscapes of craggy cliffs and glaciers, with high open pastures and steep wooded valleys, covers 9% of the total area of the principality. It reflects past changes in climate, economic fortune and social systems, as well as the persistence of pastoralism and a strong mountain culture, notably the survival of a communal land-ownership system dating back to the 13th century. The site features houses, notably summer settlements, terraced fields, stone tracks and evidence of iron smelting.