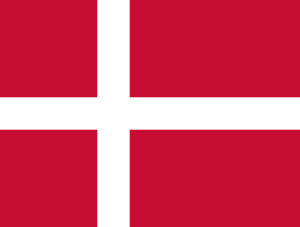 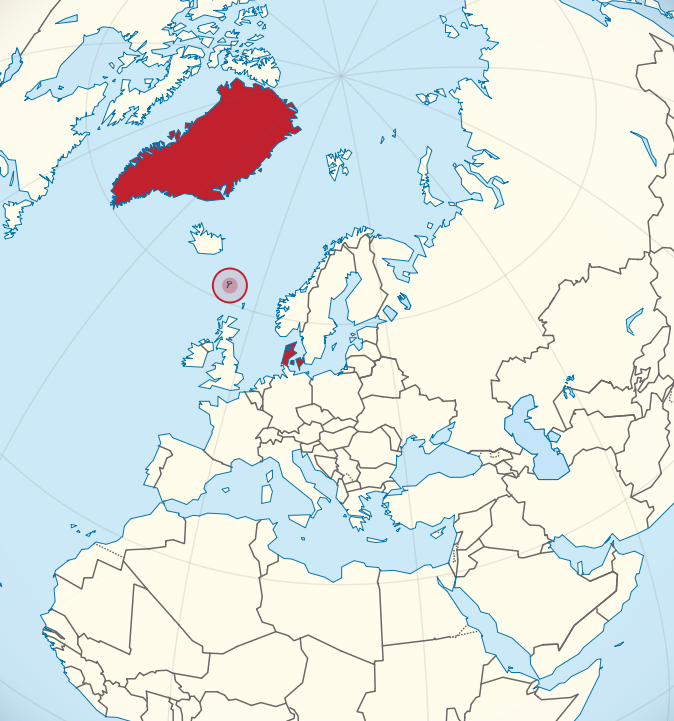 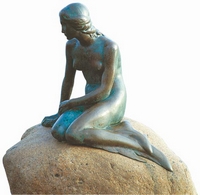 During the 9th century Denmark was characterized by the presence of the Vikings, who set out westward to conquer territory in England. Denmark fought a number of wars against its neighbours, and in particular against Sweden. In the 19th century however, new conflicts erupted, this time with its southern neighbour, Germany.

Built on the islands of Sjaelland and Amager, alongside the Øresund which separates it from Sweden, Copenhagen is a city of around 1.1 million inhabitants located at the entrance to the Baltic Sea. The island is today linked to Sweden via a bridge and a tunnel crossing the Øresund. After becoming the capital of Denmark in 1443, the town enjoyed significant commercial expansion under Christian IV (1588-1648). The creation of its free port in 1894 gave the city a further economic boost, making it one of the key trading hubs in northern Europe, with large numbers of merchandise and people passing through the port. Copenhagen is also a tourist city (including the Langelinie, an esplanade running alongside the seafront, decorated with Andersen’s “Little Mermaid”), as well as an artistic and cultural town (including the rococo Amalienborg Palace, the National Museum, and the Museum of Fine Arts and Decorative Arts). 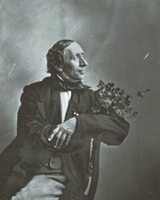 The famous Danish writer and poet Hans Christian Andersen was born on April 2, 1805 in Odense. The son of a cobbler, he spent a difficult childhood marked by the poverty of his family and the loss of his father when he was only eleven. Moving to Copenhagen to escape his difficulties, Hans Christian Andersen devoted himself to artistic activities including dancing, theatre and singing. His greatest successes, however, were in writing. In 1835 his first novel, The Improviser, became a huge success. A number of works followed, including Only a Fiddler (1837), A Poet’s Bazaar (1842), or A Picture Book Without Pictures. He owes his international reputation to his many fairy tales written for children, numbering some 150, the most well-known of which are: The Ugly Duckling, The Little Match Girl and above all The Little Mermaid, a fairytale character who has become the symbol of Copenhagen. 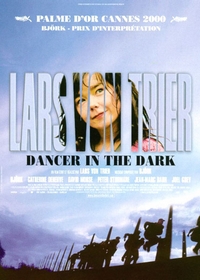 The Danish filmmaker, actor and screenwriter Lars von Trier was born on April 13, 1956 in Copenhagen. Fascinated by the cinema at an early age, he began making short films while he was still very young, thanks to a small camera given to him by his mother. He took his first prize in 1980 at the students’ film festival in Munich, for a short film he produced at the end of his studies entitled Nocturne. He went on to produce a number of clips and advertising features, as well as experimental films such as Element of Crime(1984) and above all Epidemic (1988). His Golden Heart trilogy and the many prizes that he has received at the Cannes Film Festival have brought him into the public eye. The Palme d’Or that he won in 2000 for his film Dancer in the Dark remains without a doubt one of his finest successes, bearing witness to his incredible talent and professionalism.

Poster of the film dancer in the dark © Liberator productions

The famous Danish toy maker, the LEGO group, was founded in 1932 by a carpenter, Ole Kirk Christiansen. The word LEGO is derived from the Danish term “leg godt” which means “play well”. Its amusement park, LEGOLAND (built using more than 44.5 million Lego bricks), is one of the leading Danish tourist attractions.
Legoland, Denmark © The Danish Tourist Board (DTB)
Vitus Johannes Bering
It was the 17th century Danish navigator Vitus Johannes Bering who gave his name to the famous Bering Straight. Sent on an exploration mission by the Russian czar Peter the Great, he famously discovered a maritime passage between Russia and the United States, which was named after him.
The Vikings
Denmark is well known for its Vikings, who dominated its history between 800 and 1050. Setting sail onboard their drakkars (longships), these bands of explorers undertook a large number of expeditions to the colonies, bringing back ever more impressive spoils to their home country.
You might also want to read