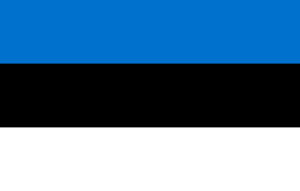 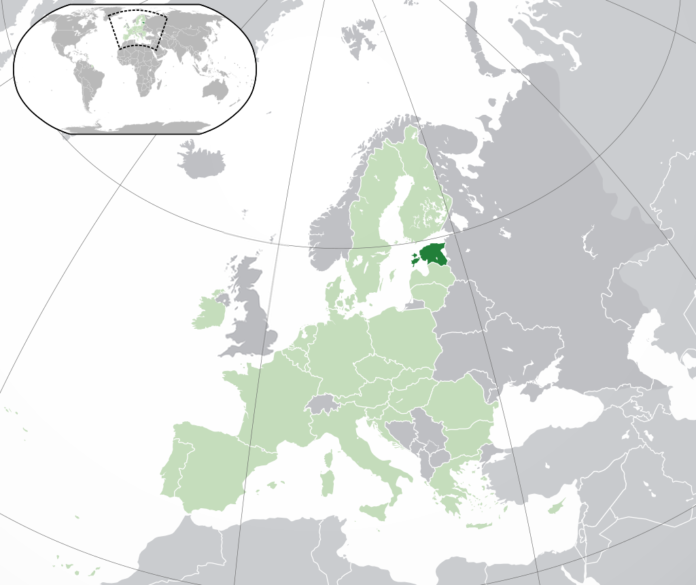 History
Tallinn
Saint Olaf Cathedral
A nation united in songs
Did you know?
You might also want to read
History

After centuries of successive invasions and annexations by its neighbours, it was in the 19th century that a true sense of Estonian national identity began to emerge.

Almost a third of the country’s population lives in the Estonian capital, Tallinn. The name of the town appeared for the first time in 1154. Seized by the Danes in the 13th century, Tallinn was under German control later on. Then it came under Swedish domination before becoming Russian. This large medieval city is divided into two parts: the upper town built on the hillside, surrounded by ramparts and overlooked by its castle, and the lower town with its medieval buildings and Gothic churches. Included in UNESCO’s World Heritage List since 1997, the old town features a wealth of tiny streets and monuments from the Middle Ages. Below we find the modern town, dotted with buildings from the Soviet era. In addition to its tourism and cultural attractions, Tallinn has today become a major industrial center with a large Baltic port providing many services to Helsinki, which is less than 100 kilometres away. More than half of the country’s companies are located in the capital.
Tallinn © Entreprise Estonia
Saint Olaf Cathedral 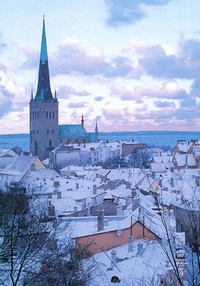 In the heart of Tallinn’s old town stands the majestic Saint Olaf Cathedral, a prestigious architectural treasure of Europe. The first written mention of this monument dates back to 1267. It was the most impressive Gothic church in Europe during the Middle Ages. At that time, its height of 124 m made it the highest church in Europe. Following a fire in 1433, the church was restored. This unique architectural masterpiece symbolises the glory of this city during the Middle Ages, a city which was at the peak of its influence from the 14th to the 16th century. At the beginning of the 16th century, St Olaf became the highest monument in the world with a spire reaching 159 m in height. According to legend, Olaf was the name of the man who built the church. Olaf struck up a deal with the nobles of Tallinn: either he would succeed in keeping his identity a secret and would then be paid for the construction of the building, or else his name would be discovered in which case he would not be paid. Following the discovery of his name, the people of the town called him while he was finishing the bell tower. Surprised, Olaf fell from the tower. At the spot where he fell, visitors can still see a snake and a toad petrified in the stone. In 1991, the KGB used the pointed tower of the cathedral as a radio transmitter.

A nation united in songs 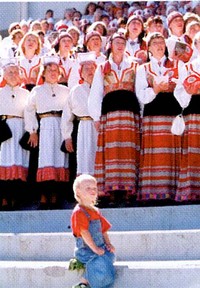 Singing is an important tradition in Estonia. The Museum of Estonian Literature includes more than 1.3 million pages of popular songs. Going beyond folklore, since the 19th century songs have strengthened the cohesion of the Estonian people and have enjoyed a position of real importance. It comes as no surprise, then, that during the struggle for independence in 1988, a third of the population came together to sing out their political aspirations in the Songs ground. This episode was symbolic of the singing revolution. This music-loving nation includes some great and internationally renowned conductors (Neeme Järvi and Eri Klas) and composers (Arvo Pärt and Erkki-Sven Tüür). In 2001, Estonia won the Eurovision song contest. A large variety of music, ranging from contemporary to medieval, from jazz to pop, and from folk to religious music attracts huge crowds. In 1869, the first pan-Estonian song festival was held in Tartu. This festival is now held every five years in Tallinn on a stage which can bring together up to 30 000 singers at the same time. It is said that during this festival “half of the Estonians sing and the other half listen”.

Did you know?
Theater
The number of people visiting theatres in Estonia is nothing short of amazing. Almost 800 000 places are sold every year for a population of 1.3 million inhabitants. Very few countries in the world can claim such figures!

Saint John’s Day
Saint John’s Day on June 23rd is one of the most important holidays for the Estonians. Fires are lit and, according to a legend, young girls can guess the name of their future husband on this night.
© Entreprise Estonia
1524 Islands
Estonia has no less than 1524 islands in its small territory!
Thermal amplitude
What a climate! On the same day, it is not unusual for the temperature to go from – 10° to + 10° between the morning and the afternoon.
You might also want to read