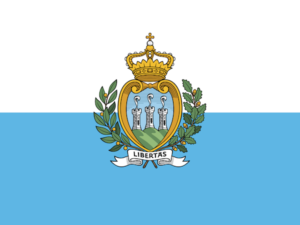 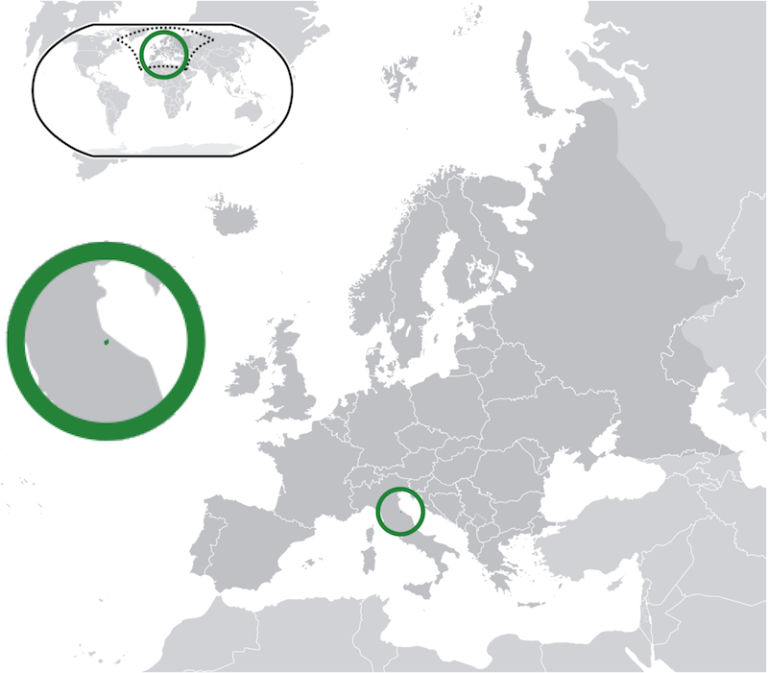 History
San Marino
Archers and Jugglers
Did you know ?
You might also want to read
History 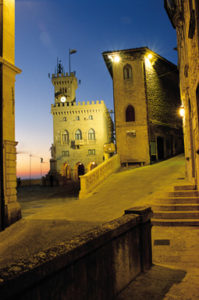 San Marino was founded more than 17 centuries ago, making it the oldest republic in the world. In addition, it is also the smallest European state. 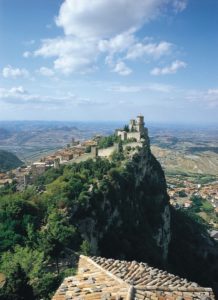 San Marino’s Mount Titano Summit became part of UNESCO’s World Heritage List in 2008. The Summit is the highest point in the country, reaching 749 meters above sea level. From an administrative point of view, the Republic is composed of 9 municipalities or “Castelli.” The capital, San Marino, is the historic as well as the touristic center of the small European country, attracting over 2 million tourist per year. It’s historical center is also part of the UNESCO World Heritage List. There are 3 fortifications and castles: the first tower called “Guaita”, the second one, “Cesta”, and the third tower, named “Montale”. One of the most remarkable monuments of the historic center is the Palace of the Government, located on the “Freedom Square”, where stands the Statue of Liberty.

Picture: Mount Titano
© Permanent Representation of San Marino to the Council of Europe
Archers and Jugglers 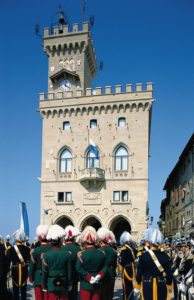 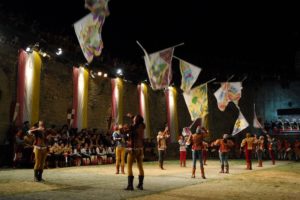 The San Marino Crossbow Federation was established in 1956 to cultivate the memories and the appeal of a centuries-old tradition – crossbow shooting. Musicians, flag-throwers, walk-ons and archers dressed in ancient costume are the protagonists of fascinating events that recreate the atmospheres of times gone by.
Historical traces of a corps of San Marino crossbowmen date back to the late 14th century. It was their duty to defend the walls and the independence of the community, but they also operated as a police force. Competitions and shooting practice sessions were often organised, and these events attracted large crowds of spectators.

It is an institution that provides a sense of direct democracy in San Marino. The insitution gives citizens the opportunity to ask questions to the Heads of State, every six months. Citizens also have the opportunity to suggest a piece of legislation of public interest to the national parliament . 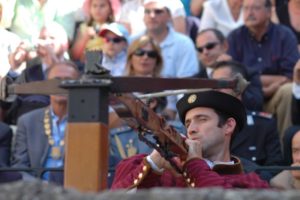 Crossbow is a highly popular national sport in San Marino. Each year, the nine castelli of the country compete in a national crossbow tournament.

© Permanent Representation of San Marino to the Council of Europe

Sammarinese stamps and coins are highly sought-after collectors items. The fact that San Marino’s stamps are only valid within the country adds to their popularity among collectors.
You might also want to read

Sources of texts:  www.visitsanmarino.com and Permanent Representation of San Marino to the Council of Europe