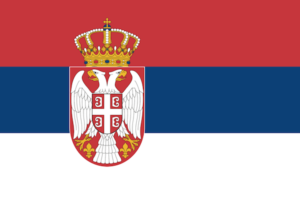 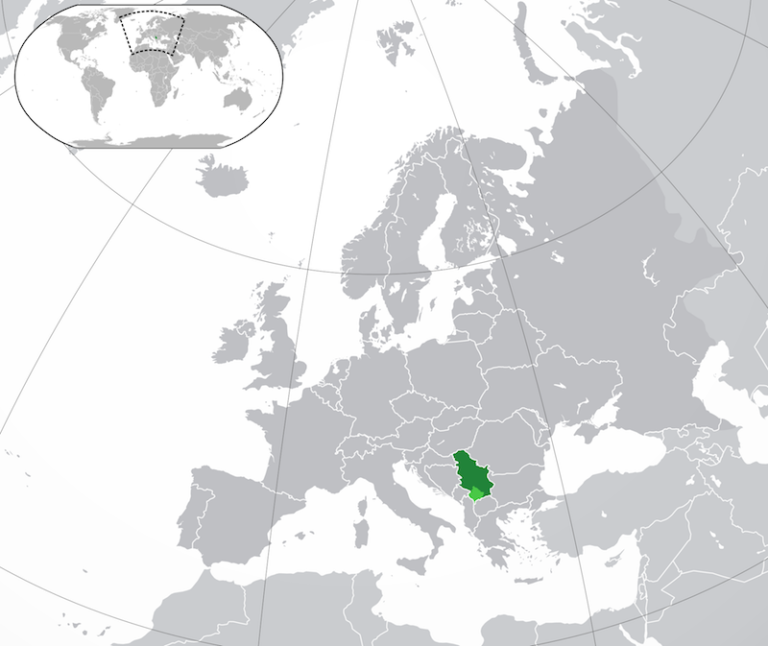 History
Belgrade
Competitive Edge
Did you know?
You might also want to read
History

From 500, the south slavic tribes were established in the active regions of Danube in the Adriatic Sea. By the end of the 4th century, the evangelisation of the Mount Athos region by the Greek monks Cyrille and Methode created a Cyrillic language. The first Serbian country was founded in 845 by Prince Vlastimir, which was established in Rascie until the 12th century. The same pattern occured in southern and oriental Serbia, in Kosovo-Metohija and Montenegro respectively. In 1077, Vladimir ler Vojisavljevic created the Kingdom of Zeta, where Montenegro is situated. After his death, a clash between princes dismembered the Kingdom, which facilitated tbe conquest of Stefan Nemanja, the Serbian king of Rascie, from 1169 to 1196. His successors extended the country’s territorial borders to Vardar and Danube. 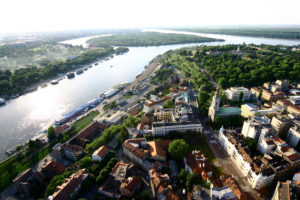 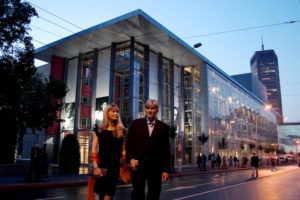 Belgrade (Beograd) is the capital of Serbia, and has a population of around 1.6 million. It is situated in South-Eastern Europe, on the Balkan Peninsula, at the confluence of the Sava and Danube rivers. It is one of the oldest cities in Europe and has, since ancient times, been an important focal point of the passion of the east and the finesse of the west. Therefore, the city enjoys a rich artistic, cultural and architectural inheritance. As the capital of Serbian culture, education, science and economy, Belgrade has a multitude of museums and art galleries, such as the Museum of Contemporary Art, the National Museum, the Ethnographic Museum, the Gallery of Frescoes and the Palace of Princess Ljubica. Nightlife in the Serbian capital is one of the most diverse and vibrant in Europe, thanks to the world-renowned operas, concerts and theaters. Visitors can enjoy a night with dinner and live music in the bohemian district Skadarlija, or relax in one of the cafes or an old barge, or visit one of the many night clubs. 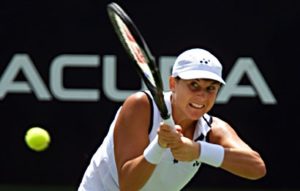 Yugoslavia always took sporting events very seriously, and Serbia and Montenegro have taken over recent years. Sport is very important at school, as anyone who has seen a Sunday football game between students can attest. The success of sports in Serbia and Montenegro is the result of three factors. First, sports federations recruit students at an early age and provide proper training to young people. Second, there are great coaches for every sport. There is, for example fabulous goalkeeper of Saint-Etienne, the Serb Mostar Curkovic, who has long led the national football team and is now a member of the International Olympic Committee. There is also the petulant Božidar Marković, former coach of the basketball team of Limoges. Finally, sport is really part of the national culture. If you’re unconvinced, just take a look the crowds around the chess players in the park of Kalemegdan Belgrade. Given the country’s love of sports, it is unsurprising that many top athletes come from Serbia. Women’s tennis player Monika Seles is one example. Born in Novi Sad in 1973, Seles won the tournament at Roland Garros in 1991 when she was only 16, and became the youngest player ever to reach the place of No. 1 worldwide. She has won every Grand Slam tournamens except for Wimbledon. She will be remembered as an example of a stubborn and hard-working player : even when she was viciously stabbed during a match in 1993, she returned to tennis a year later and won forty more titles. 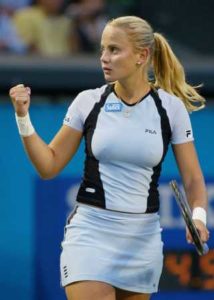 The torch has been taken over by the young, talented Jelena Dokic. Born in Belgrade in 1983, her family had to leave Yugoslavia when she was only eleven years old, and settled in Australia. She made herself know during the tournament in Rome in 2001, and since then has not left the top ten WTA ranking. She is a serious contender for Grand Slam titles in the coming years. 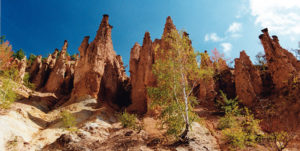 About thirty miles south-east of Kursumlija, one of the most amazing geological phenomenon has developed. In the Radan massif stand 200 stone figures, 20m tall. Colored a reddish-tan at the start of the day, these figures change color as the light changes and the day wears on. Surrounded by a desert landscape and vegetation, these natural sculptures are truly astounding. The mineral spring at the foot of the structures is of particularly high acidity (pH 1.5) and is rich in minerals (15 g / l), It contains certain compouds which are 1,000 times stronger than in standard drinking water.

On the archeologic site of Lepnski Vir, architectural remnants from 6500 to 5500 BC were discovered. One can see a village composed of hundreds of houses. Copies of the remnants may be observed in the archeologic site and small museums, as the original ones are kept in the national museum of Belgrade. It is the oldest neolithic site in Europe.